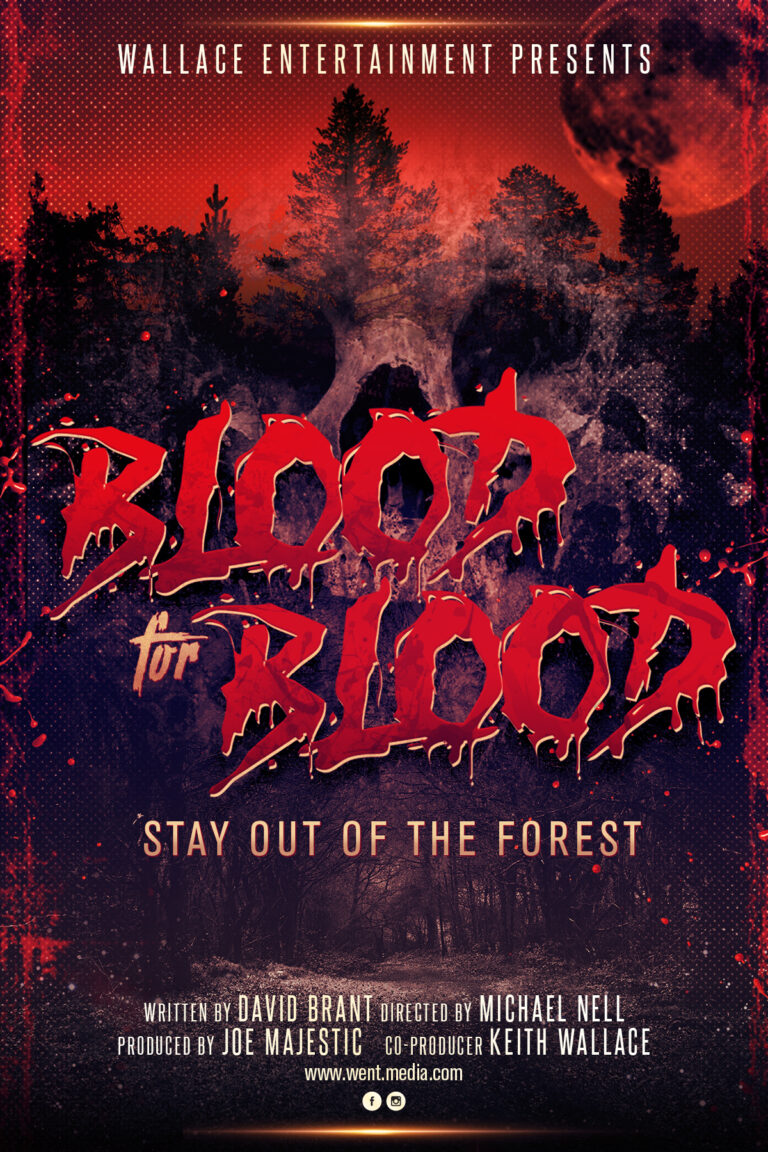 Every year the Brothers of Delta Chi Alpha initiate new members at their secluded mountain cabin. Mimicking (and disrespecting) the rite-of-passage ritual of the Kainah (”the Blood”), the Native American Tribe that once lived on the land, the Frat Boys ditch their initiates in the forest to be judged by the Spirit Guides. The tradition ended after an initiate, Nathan Brenton, vanished. But, was it just an accident, or the continuation of the Brenton Family Curse?

The Curse started in the 1800’s, when land baron Henry Brenton crushed an Indian uprising with wanton slaughter. Since that day, it is said that whenever a Brenton enters the forest, bloodshed would follow.

Even though the Curse held true 20 years ago when Nathan’s father entered the forest and he slaughtered three bowhunters, the Frat Boys never took the Curse seriously. To them, it was just a story to be told at parties to try to “scare the pants off the girls.” So, they never thought twice about bringing Nathan to the woods, let alone his younger brother, Darren.

As the sun sets, the partying starts with another Delta Chi tradition. The Caretaker, the strange recluse who watches over the land, tells the newbies about the Curse in all its bloody detail. As he concludes, he is appalled to finally realize that the Frat Boys never believed in the Curse and they brought another Brenton with them. As he hurries off to prepare for an “eventful evening,”

Jenni, Nathan Brenton’s former girlfriend, runs out to catch him. She tagged along on the trip with her best friend, Traci, and some of her Sorority Sisters to try to get closure for her loss, but as soon as she entered the forest, she could feel that the Curse was real and she wants to help end it.

When darkness falls, the others ignore the Caretaker’s warning and the killings begin. A seemingly supernatural being that the Caretaker calls a “Shadow Warrior” hunts everyone down and one by one and slaughters them to harvest their blood. Jenni tries desperately to get the others to believe the Curse, but by the time Traci believes it is almost too late.

The last survivors hide in an abandoned mine (the place where the Curse began), but their hiding place turns out to be a trap. The trap, however, is for Darren Brenton. Though he was the one who killed the others to fulfill the Curse, Nathan Brenton has returned to end it.

As the cursed brothers fight to the death, the Caretaker appears to make sure the ending is truly final. As the death blows are struck, the mine caves in, sealing the Caretaker and the Brenton brothers inside. Jenni and Traci are the only survivors. Traci takes solace in the thought that it is all finally over. But Jenni adds, “Unless another Brenton enters the woods.”