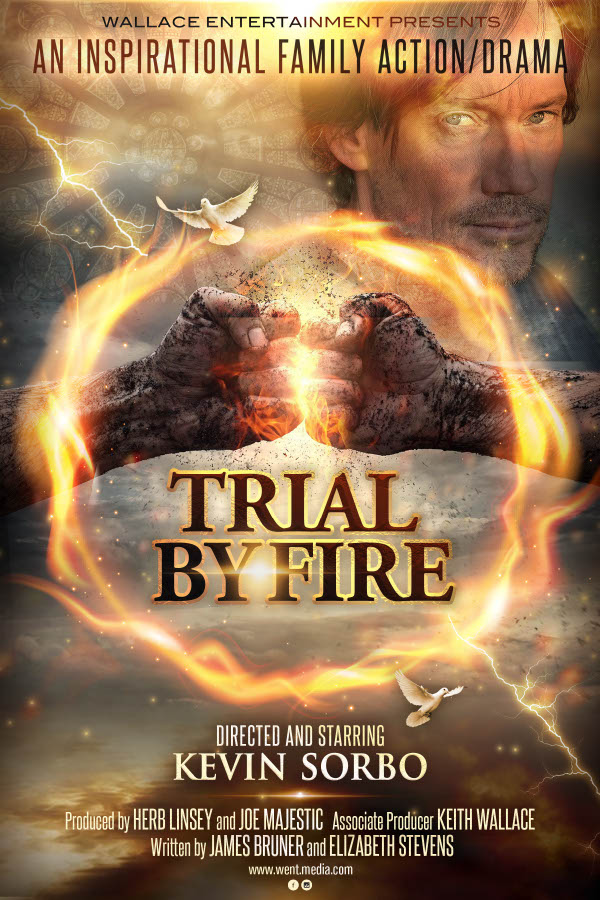 When an MMA champion turned youth minister is wounded trying unsuccessfully to save his wife from robbers, he loses his faith. He returns to the small town where he grew up to try to put his life back together–and discovers danger, love–and ultimately redemption through a ten year old boy who idolizes him–and wants to learn martial arts so that he can protect his mom from an abusive ex-boyfriend.

KEVIN GARRISON has retired undefeated after five years as MMA World Heavyweight Champion. He is a popular figure in the martial arts community and has dedicated himself to his work as a youth minister, teaching MMA in the youth program that he founded at his church.

One night, after attending an MMA tournament with some of his students, Kevin picks up his wife, DEBRA, at the restaurant she manages. They are surprised by THREE ROBBERS. Kevin is severely injured and Debra is killed.

MORGAN VAN RYEN became World Heavyweight Champion after Kevin retired. Scott was in love with Debra, but she married Kevin instead. For years, Scott has been pushing Kevin to fight him to show who is the greater champion, but Kevin feels that there is nothing he has to prove.

After Debra’s death, Scott confronts Kevin at Debra’s grave. He tells Kevin that if Debra had married him, she would still be alive. Scott’s words torment Kevin.

Kevin is devastated so thoroughly that he loses his faith in God–and also in what he believed were his God-given martial arts abilities. When he really needed them, they let him down. Kevin resigns from the youth ministry and at his request, one of his best students, GEORGE JOHNSON, takes over as youth minister and martial arts teacher.

George and the other students are very disappointed that their mentor is leaving and are worried about his physical and spiritual health.

Kevin decides to return to the small town where he grew up to recuperate from his injuries and to figure out what he’s going to do with the rest of his life.

Back home, Kevin meets TIM HOLDEN, a ten year old boy who idolizes him. Tim’s dad, who has passed away, and his mom, ANNIE HOLDEN, were high school friends of Kevin’s. Annie runs the family bait shop on a local lake with Tim’s help. After Tim realizes who Kevin is, he begs Kevin to teach him martial arts but Kevin refuses. Tim is really disappointed but Kevin, Annie and Tim begin to develop a special friendship.

JACK CATES is a former boyfriend of Annie’s who refuses to accept that their relationship is over. He breaks into Annie and Tim’s house and attacks them. Tim is injured trying to protect his mom. Jack is arrested and sent to a mental hospital for evaluation.

Kevin realizes that the real reason Tim wants to learn martial arts is to protect his mother. So, in order to help Tim regain his self-confidence and self-respect, Kevin decides to teach him martial arts.

It takes some convincing, but Kevin talks Annie into letting him teach Tim. Annie was firmly against it because of all the violence that she and Tim have been subjected to by Jack. She only thinks of violence when she thinks of martial arts. Kevin tells her that real martial

arts are all about staying safe–about self-defense.

Tim also asks Kevin to take him to church. Tim has saved articles in a scrapbook about how Kevin became a minister and taught martial arts to the kids at church. Kevin’s belief about how important it is for kids to go to church to counter all the negative influences of the everyday world that surrounds them really made an impression on Tim.

Kevin takes Tim to church with him and it helps both of them. Annie can’t get herself to go–she has lost her faith because of all the hardships that she has endured. After Tim is deliberately injured by one of Scott’s students in a local tournament, Kevin agrees to fight Scott. Kevin insists that they meet alone, without spectators. An epic battle ensues and Kevin is victorious, earning Scott’s respect. Kevin reminds Scott that Scott’s students look up to him–that he is an example to them.

Tim’s continuation of martial arts training is in doubt because of his injury. Annie ultimately decides that it isn’t wise to baby Tim and allows him to continue training.

Jack escapes from the mental hospital and goes after Annie again. Tim uses his MMA skills to save his mother and keep Jack away long enough for Kevin to arrive.

Jack is powerful, but in the end, Kevin overpowers him and the sheriff arrests him.

Kevin decides to return to the ministry by reopening his childhood church and teaching martial arts to his parishioners. Scott and his students come to be a part of the congregation. George and Kevin’s other students come from out of town to support Kevin for his first service. Annie and Tim arrive at the last minute.